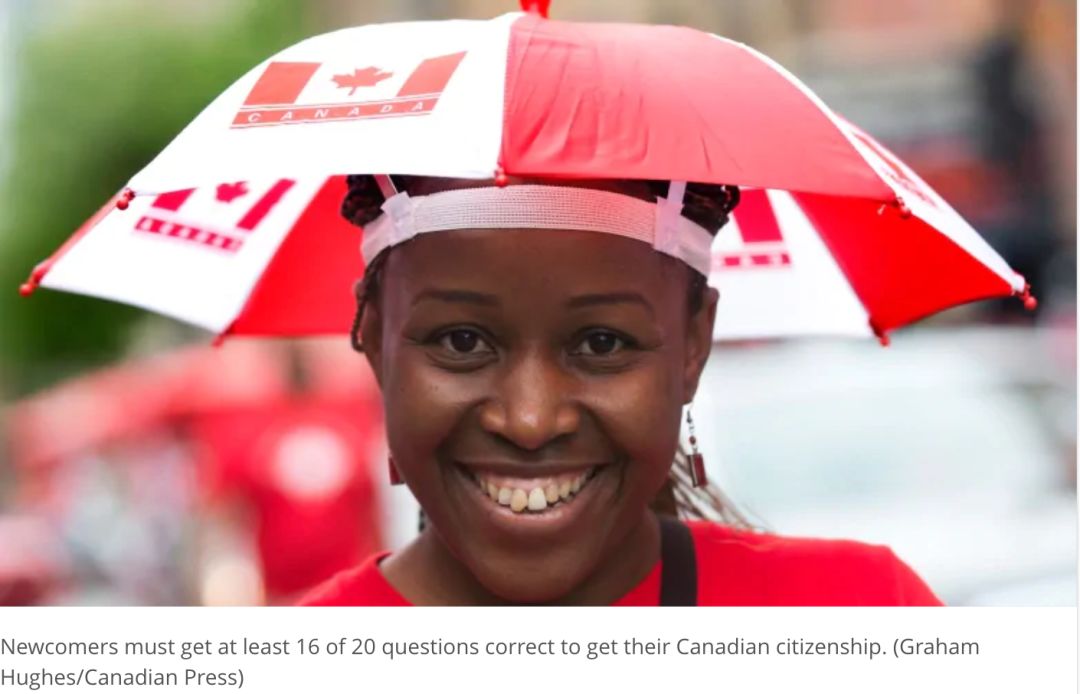 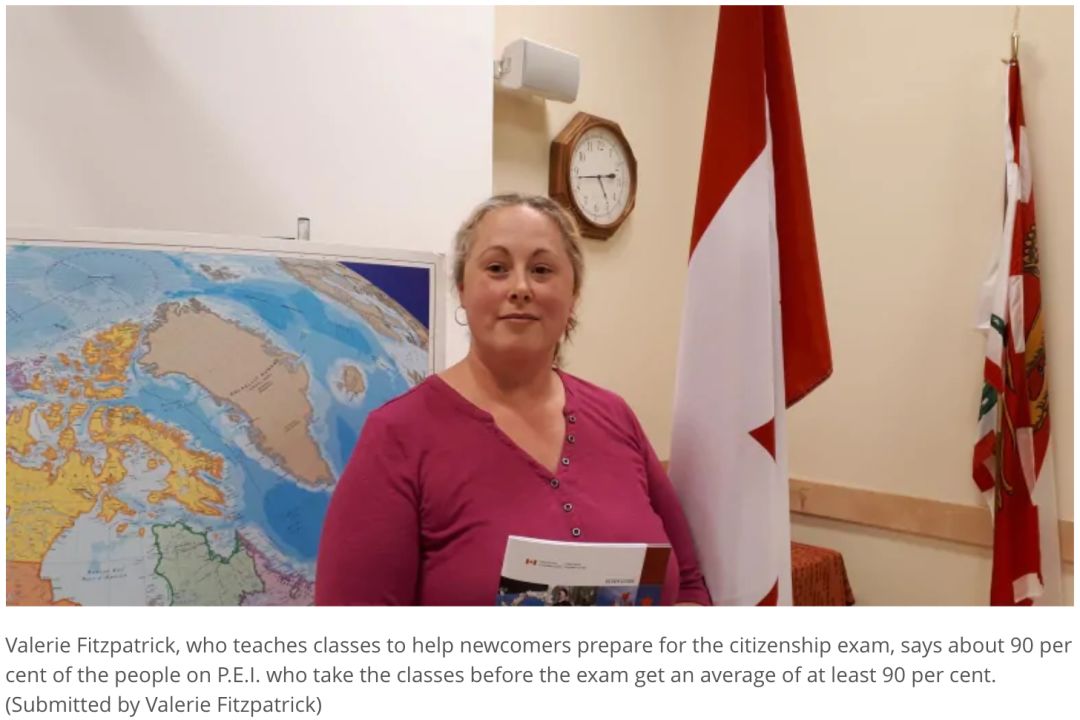 Fitzpatrick帮助新移民准备入籍考试，每年会有4次。考试的问题大都来自加拿大公民和移民部的学习指南（Discover Canada: The Rights and Responsibilities of Citizenship）。

A. Governor General of Canada.

B. Her Majesty Queen Elizabeth II.

2. What do you call a law before it is passed?

B. A proposed law.

3. How are members of Parliament chosen?

A. Appointed by the prime minister.

B. Elected by Canadian citizens.

C. Appointed by the Queen.

D. Elected by the provincial ministers.

4. How does a bill become law?

A. The lieutenant governor must approve the bill.

B. Approval by a majority in the House of Commons and Senate and finally the governor general.

D. Approval by the members of the legislative assembly.

5. On what date did Nunavut become a territory?

7. What are the three main types of industry in Canada?

B. Tourism, services, and manufacturing.

8. What is the significance of the discovery of insulin by Sir Frederick Banting and Charles Best?

A. Insulin is a hormone that permits you to eat anything you wish.

9. The border between Canada and the USA was the outcome of the Second World War.

10. What did the Canadian Pacific Railway symbolize?

B. What can be achieved by working together.

11. Who was Sir Louis-Hippolyte La Fontaine?

A. Champion of democracy and Aboriginal rights.

B. Champion of democracy, French language rights and first leader of a responsible government in the Canadas.

C. The first head of state.

12. Why is the battle of Vimy Ridge important?

A. It was a key position of the German line in Northern France.

B. Canadian Corps secured its reputation for valour and bravery.

C. It was the “hinge” of the German line as it protected the newly constructed Hindenburg line.

D. Once Canadians fought at Vimy they knew they would be heading home.

A. “Eskimo” in Inuktitut language.

B. “Home” in English language.

C. “The people” in Inuktitut language.

14. Since 1854, how many Canadians have been awarded the Victoria Cross?

15. The Canadian Coat of Arms and motto is “A Mari Usque Ad Mare.” This means:

A. From the ocean to the sea.

C. From the sea to the ends of the Earth.

D. From the water to the earth.

16. What is the largest religious affiliation in Canada?

17. Acadians are the descendants of French colonists who settled in what are now the Maritime provinces in 1602.

18. What does equality under the law mean?

A. Being the same.

C. Being discriminated against.

D. Being treated with equal dignity and respect, and having equal rights to speak out and express ideas.

A. Get a job, make money, raise a family, pay taxes, mow your lawn, vote.

B. Vote, join a political party, get a job, obey the law, drive safely, pick up litter.

C. Care for the environment, don’t litter, pay taxes, obey the law, help others, respect others.

D. Vote, help others, care for our heritage and environment, obey Canada’s laws, get a job, and serve on a jury.

A. Pulp and paper.